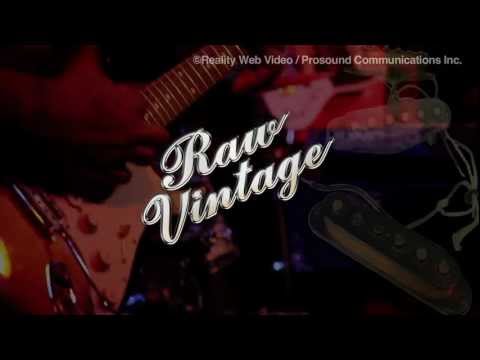 Tyler Guitars has started using RVS-108!
What is usable?

You can check which Raw Vintage saddles fit your guitar HERE!

Pickups >
Raw Vintage products Dealer List >
With our extensive experience rewinding original vintage pickups, we've used our knowledge to create a series of 50's (RV-5661) and 60's (RV-6264)series pickups that comes as close to the original as anyone.

Raw Vintage Pickups, RV-5661 (50's tone) and RV-6264 (60's tone) were introduced with Aged finish at NAMM 2009 and they were well received by many professional musicians. For NAMM 2010, we will release Special Limited Edition "Hard Aged" version of these models. "Hard Aged" models are profoundly relic'd for that well worn vintage look.
As a special edition, each set will come with a vintage style capacitor (RV-CAP0.1mf), like what was used from the 50's until the early 60's.